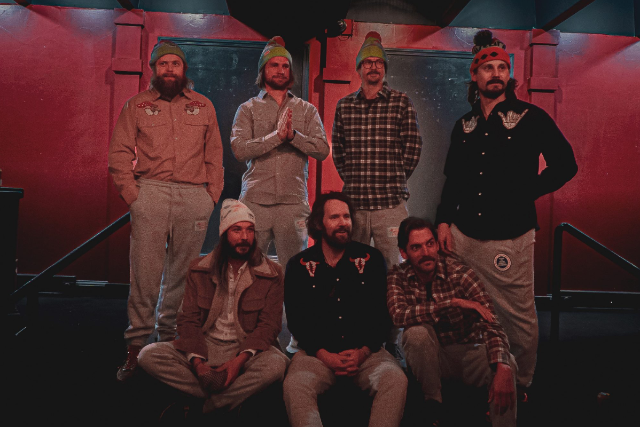 Recorded at several studios (Portico, Chase Park, Rialto Row, Dialback Sound), the LP is a snarling devil-may-care batch of 12 tunes. It encompasses a seamless blend of hard rock, psychedelic alt-country and folk stylings — something signature to the unique sound, tone and attitude of the Futurebirds.

“We recorded this album all over the place,” says guitarist/singer Thomas Johnson. “In a lot of ways it kept us from bogging down, at times it was probably inefficient, but ultimately everyone of the songs captures the vibe(s) of the spaces and cities we occupied while we made it.

‘I’m Killin You’ really captures the vibe of the whole record for me. The main theme I had in my head while writing it though, was getting past the negative shit that can live on the periphery (or in the forefront) of life. Killing the bad side of human nature. Being self-aware, and being honest with yourself and trying to find peace with the person you’ve become or are becoming (or always were).”

“We’ve been putting one foot in front of the other for a decade now. Every tour, we get smarter about how we operate, how we craft a live show, how we utilize everyone’s individual talents,” guitarist/singer Carter King adds. “Every day, we become better songwriters, more comfortable as artists and producers, better business people — it’s all about teamwork.”

Now on the backside of a decade of road warrior hard-knocks and well-earned accolades, the Athens, GA rock sextet has been hitting its full stride as of late. It’s a sense of time and place where what’s most important remains at the forefront of the group’s philosophy and deeply-held personal mission — a group of friends making sonically innovative music.

“We have one of the oddest and most talented mix of people to make up a band that I’ve ever seen. Everyone is extremely talented in an assortment of different ways, hilarious, tough, creative, scrappy,” King says. “Stylistically, everyone brings something different to the band, and we’re getting better at simultaneously nurturing those differences, melding them together into one unified thing.”

With a touring schedule resembling some haphazard spider web spun across America, the Futurebirds are unrelenting in their quest to bring the melodic party to your hometown, no matter how far away the destination or how small the stage may be.

“And we’ve learned a lot about life along the way,” guitarist/singer Daniel Womack reflects. “Watching other bands rise and fall, watching the sunrise and the sunset, cried because it hurt, cried because it felt good, watching strangers turn into friends and some into family.”

“In a lot of ways the live show is the last frontier, the last thing left in the music industry that can’t be digitized and given away for free,” Johnson adds. “It’s the thing that keeps us coming back. The act of making something awesome and unique with six individuals, creating a sound-weave, connecting to the core of human existence, that’s the teamwork.”

Ultimately, the underlying message of the Futurebirds is making sure everybody feels included in the grand scheme of things — this absurd reality that is life itself — where compassion from both sides of the microphone and drinks held high, and in unison, is the name of the game.

“There’s a reciprocated energy between us and the crowd, where everyone is riding on that same wave together,” Womack says. “And when you’re in that moment, everything about this band life makes sense. The feeling exists in that moment between the crowd and us - that's why we do what we do. That's Teamwork." 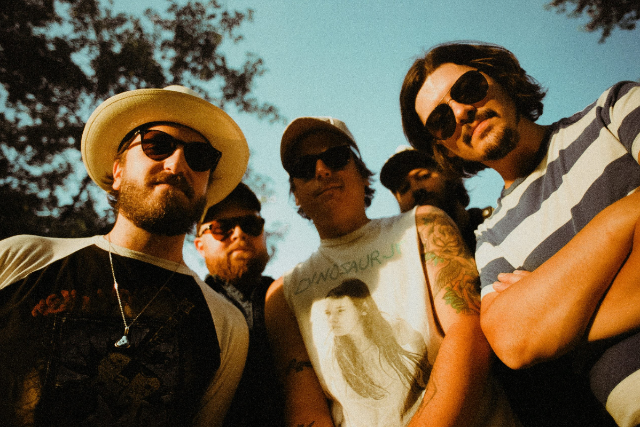 The Wild Feathers
By the end of 2019, The Wild Feathers had enough. They’d been through the wringer of big hopes and major label realities. Instead of becoming a music biz sob story, the band knew they had one option to succeed: blow everything up and do things their way.
And they did.

Ahead of Medium Rarities, an odd-and-ends collection that was released last year, the group went through unreleased tracks and ended up self-producing three new songs in relaxed sessions that were fun and spontaneous. While in the studio, each member agreed that they didn’t need the high life and fancy workspaces in order to succeed. Rather than relying on others, The Wild Feathers kept things in-house, producing themselves, which was a part of the hard-scrabble work ethic that got them their success in the first place.

It brought the Nashville-based group closer. The Wild Feathers decided to keep a tighter ship, not only with input on their career but sonically as well.

What could have ended things, liberated them.

They figured out new ways to chart out and work on songs in a fuller, efficient manner. Armed with newfound confidence and a brand new attentive team surrounding them, the quintet were ready to dive in headfirst. The new approach’s success is confirmed on Alvarado, The Wild Feathers’ latest album that’s perhaps the strongest work in the band’s catalog to date.

The positive vibes and energy of this time can be heard on the album’s title track. “Alvarado” is a song the band has had in their back pocket for almost a decade. While they were going through some of the recordings that would comprise Medium Rarities, they rediscovered the eight-year-old uptempo rocker and couldn’t let it fade into the dustbin of lost songs. It also set the overall vibe and tone for what was to come.

In December of 2020, the group hunkered down in a small cabin northwest of Nashville to chip away at a bunch of new songs they worked on during the pandemic. Using the confidence gained from self-producing the new songs found on Medium Rarities, they spent a week together hammering out material. For the first time without a fancy studio, the band were confident and calm during the process, which cohesively allowed the sound to be exactly what they felt like instead of having to answer otherwise. Knocking out 14 songs in just four days, they bonded over barbecues and beers and there was a warmness that hadn’t been present since their early days. It is reflected in the laid-back nature of the songs on Alvarado.

The collaboration and intricate layering of instrumentation, as well as the lyrical matter, on Alvarado showcases The Wild Feathers’ growth as songwriters and burgeoning producers. Without pressure and the newfound confidence to write and produce their own material, The Wild Feathers have done what’s usually a difficult task for a band at this stage of their career: evolve and produce some of their best work to date.