This event is 18+ however minors are permitted w/ parent or legal guardian.
Public Onsale: Fri, December 17th @ 12pm
--
This show currently has no COVID safety requirements for attendees. This is subject to change. If this changes we will be sure to update this page as well as notify all ticket buyers via email. 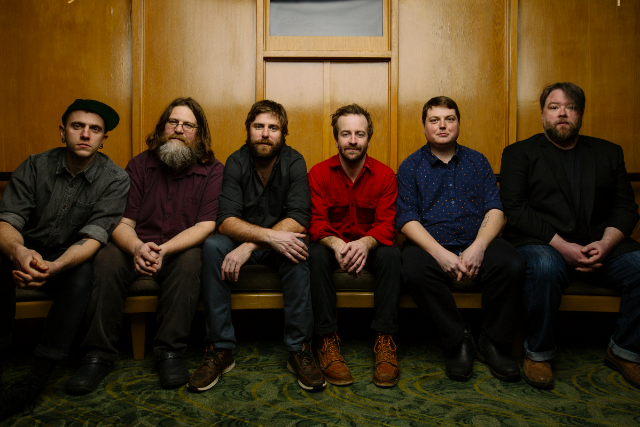 Trampled By Turtles
Trampled by Turtles are from Duluth, Minnesota, where frontman Dave Simonett initially formed the group as a side project in 2003. At the time, Simonett had lost most of his music gear, thanks to a group of enterprising car thieves who'd ransacked his vehicle while he played a show with his previous band. Left with nothing more than an acoustic guitar, he began piecing together a new band, this time taking inspiration from bluegrass, folk, and other genres that didn't rely on amplification. Simonett hadn't played any bluegrass music before, and he filled his lineup with other newcomers to the genre, including fiddler Ryan Young (who'd previously played drums in a speed metal act) and bassist Tim Saxhaug. Along with mandolinist Erik Berry and banjo player Dave Carroll, the group began carving out a fast, frenetic sound that owed as much to rock & roll as bluegrass.

Trampled by Turtles released their first record, Songs from a Ghost Town, in 2004. In a genre steeped in tradition, the album stood out for its contemporary sound, essentially bridging the gap between the bandmates' background in rock music and their new acoustic leanings. Blue Sky and the Devil (2005) and Trouble (2007) explored a similar sound, but it wasn't until 2008 and the band's fourth release, Duluth, that Trampled by Turtles received recognition by the bluegrass community. Duluth peaked at number eight on the Billboard bluegrass chart and paved the way for a number of festival appearances. When Palomino arrived in 2010, it was met with an even greater response, debuting at the top of the bluegrass chart and remaining in the Top Ten for more than a year. Two years later, their crossover appeal landed them at number 32 on the Billboard 200 pop charts upon the release of their sixth album, Stars and Satellites. In addition to major bluegrass and folk festivals, they began showing up at Coachella, Bumbershoot, and Lollapalooza. The official concert album, Live at First Avenue, followed in 2013, recorded at Minnesota's most famous venue. A year later, the band returned with the darker-toned Wild Animals, which bettered its studio predecessor on the album charts, reaching number 29. Trampled released their latest album Life Is Good On The Open Road in 2018. 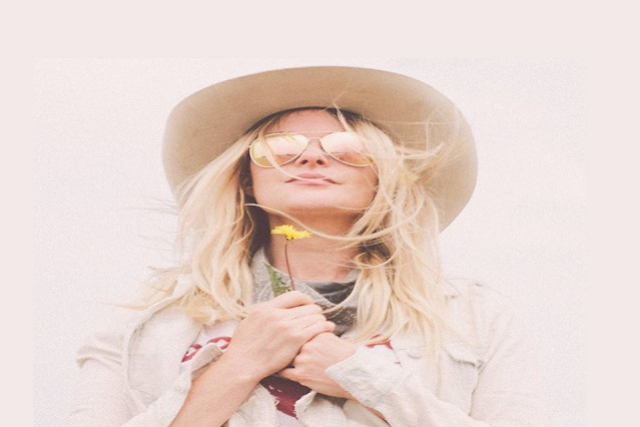 Country singer/songwriter Elizabeth Cook made her Grand Ole Opry debut on March 17, 2000, appearing more than 400 times thereafter, the most ever by a non-member; a remarkable achievement considering that, at the time, she was an indie artist without a properly released album. But the excitement generated by her strong, crystalline singing voice -- as comfortable with bluegrass, blues, and folk as it was country -- and songwriting served to draw comparisons to respected artists such as Kelly Willis and Dolly Parton. Her proper debut was 2002's Hey Y'all, but it flopped. 2007's Rodney Crowell-produced Balls garnered attention from alt-country and Americana fans in the U.K. and Europe, and charted in the U.S. After 2010's Don Was-produced Welder, Cook endured a prolonged season in hell: She got divorced, her farm burned, and she lost six family members including both parents and a brother. Stressed and exhausted, she canceled an upcoming tour and entered rehab, although substance abuse was not the reason. She emerged with 2012's Gospel Plow EP that got her an appearance on The Late Show with David Letterman. Her electrifying performance and her ability to make him laugh got massive media notice, as did a radio show on Sirius XM: Elizabeth Cook's Apron Strings. After a four-year break from recording, she re-emerged in 2016 with the charting Exodus of Venus and later with 2020's powerhouse Aftermath, both of which that flirted with indie rock as well as country.

Cook was born in Wildwood, Florida. Her West Virginia-born mother played guitar and mandolin and sang on local radio shows. Her father, a Georgia native, also performed country music and served jail time for running moonshine. Upon his release, he and Elizabeth's mother played in local bands together, eventually marrying. Born in 1972, Elizabeth joined them on-stage when she was four. She formed her first band at nine. Cook graduated from Georgia Southern in 1996 with degrees in accounting and computer information systems. She moved to Nashville during her early twenties, having landed a job with global professional services firm PricewaterhouseCoopers. Still focused on music, she got a publishing deal. She cut demos which were recorded between 1997 and 2000 and comprised her self-titled, independently released debut, The Blue Album, which showcased her formidable songwriting ability and featured such well-known Music City musicians as Tim Carroll (who became her husband), Kenny Vaughan, and Rick Schell. Atlantic Records signed Cook soon after its release, and she began working on her major-label debut. Hey, Y'All appeared in summer 2002 from Warner Bros. Constant restructuring at the label meant Hey Y'All didn't get the promotion it needed and Cook left the imprint and released 2005's This Side of the Moon on Hog Country Records. Balls appeared in 2007 from 31 Tigers, followed by Welder in 2010, featuring guest spots from Dwight Yoakam, Rodney Crowell, and Buddy Miller, also on 31 Tigers. Over the next five years, in addition to touring and becoming a staple at the Grand Ole Opry, hosting her Sirius XM radio program Apron Strings, and touring, Cook went through a series of transformative personal changes. She lost a parent, got divorced, and saw a sibling through rehabilitation after a long bout with drug addiction. When she re-entered the studio, it was with co-producer, guitarist, and boyfriend Dexter Green. After self-financing an album, she undertook a PledgeMusic campaign to assist in getting it released. Exodus of Venus came out in June 2016 through Thirty Tigers. Cook claimed in an interview that she was influenced by female rockers such as Fiona Apple and Tori Amos in writing the set. The meld of Cook's brand of Americana and indie rock translated to the charts. It peaked at number 23 on Top Country Albums, number 15 on Americana/Folk Albums, and five on Heatseekers. Cook supported it with her most successful tour to date. In December of 2019, the country music television network Circle announced that Cook would host her own show called Upstream, where she would interview musicians at a different fishing hole for each episode. The first episode featured Shooter Jennings and Cam. The following year saw Cook issue her seventh full-length effort, Aftermath. Produced by Butch Walker (Green Day, Weezer, Taylor Swift), the 12-track set looked to themes of survival and resilience for inspiration, and like its predecessor, stood at the nexus of rock, pop, and country. ~ Erik Hage & Thom Jurek, Rovi